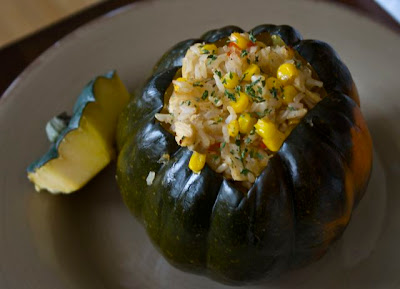 Today the air was crisp and the wind was blowing the leaves all over the neighborhood - Fall has arrived. I was inspired by today's weather to try out a new recipe for Stuffed Winter Squash. I got the recipe from a West Texas cookbook called Barbecue, Biscuits, & Beans. It's a fabulous little collection of real deal cowboy recipes. They even tell you how to make sourdough over a campfire! The winter squash looked so yummy in the photos I had to give it a try. As a bonus, it was on sale at the grocery store last week for $ .39/lb. I love seasonal veggie specials!

Not only did it taste fabulous, it looked fabulous. I am a sucker for food that looks pretty and tastes good. Of course, I changed the recipe a bit. (Shhh...don't tell the cowboy cooks.) After all, I am a mostly vegetarian dieter now and I'm trying to watch the pregnancy weight. Both of those factors necessitated me omitting the entire stick of butter and adding some whole grain brown rice to balance out the chicken. And yes, I'm aware that the cowboys would probably not appreciate that brown rice bit. But look at it this way, I am totally giving them credit for a tasty and beautiful Fall recipe!

Cut top off squash and remove seeds. Place cut side down in 1/2 inch of water in a baking pan. Bake 45 to 50 minutes until squash is tender. While squash is baking, prepare stuffing.

STUFFING: Cook chicken breasts in vegetable broth + salted water to cover until done, about 20 minutes, then dice. Save the vegetable broth/water mixture from cooking the chicken. Melt margarine in large skillet and add onions. Saute about 5 minutes, then add wine and veg broth mixture if you need more liquid. (This method of cooking saves you a ton of fat instead of cooking the onions in the butter!) Add corn to onions and cook for about 8 minutes. Again, if you need more liquid - you don't want it to boil dry - add the veg broth mixture. And, hey, even add a little more wine if you have it! Not more than a 1/2 cup, though. Add bell pepper and chicken and cook for about 3 minutes over low heat. Remove from heat and add the rice to the mixture. Salt and pepper to taste.

Dry inside of squash with a paper towel. Add stuffing and bake, stuffing side up, in same pan without water for 10 minutes. Serve hot. Add a salad and you have a whole meal in less than an hour!

* If you'd like to try the full fat method, omit the veg broth, wine, and margarine. Use a whole stick of butter instead. The cowboys also recommended you add some diced jalapeno to the onion mixture, but I couldn't bring myself to add it for fear that my 14-month-old wouldn't eat it!
Posted by Nicole at 8:45 PM 1 comment:

Our small group from church is getting quite good at throwing baby showers. At any given time, there are anywhere from 1-4 pregnant ladies in the group, so we have a grand time celebrating all the babies and the mamas. Yesterday we hosted a brunch for Mary and her baby girl, due to arrive October 20. It was a fun, girly party. Ladies, we should do this more often! 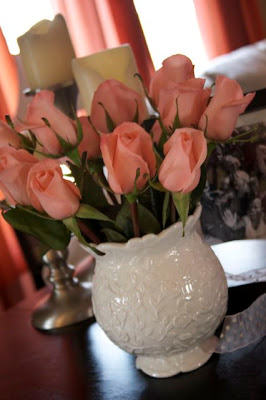 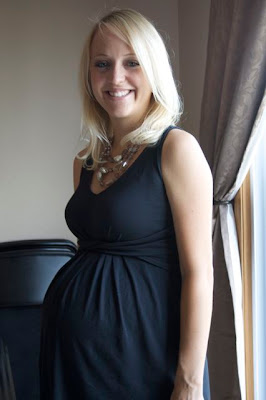 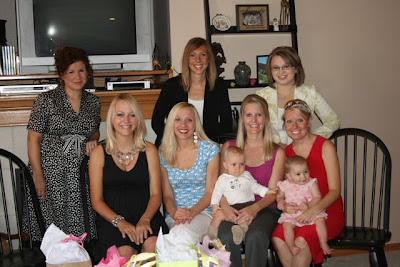 Most of our small group ladies and babies. (we missed you, Carolyn!) 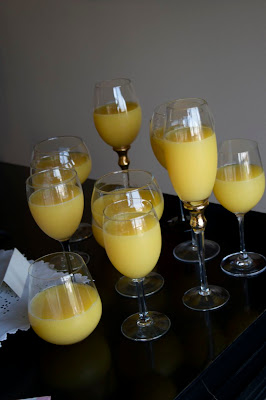 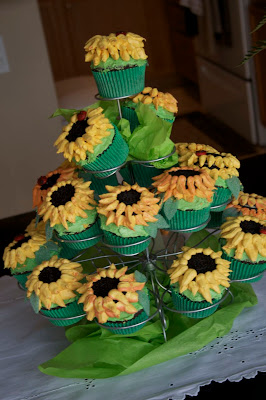 I contributed the sunflower cupcakes, thanks to Hello, Cupcake!

Seriously, y'all, these cupcakes are way easier than they look. If you like creating cute things in the kitchen, that cookbook is a jewel. 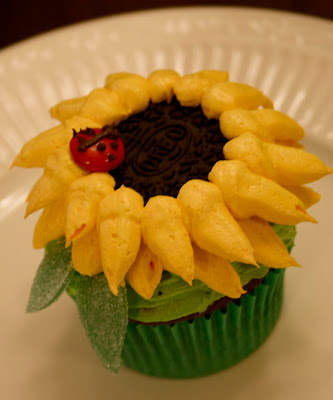 A closer look at one of the cupcakes. 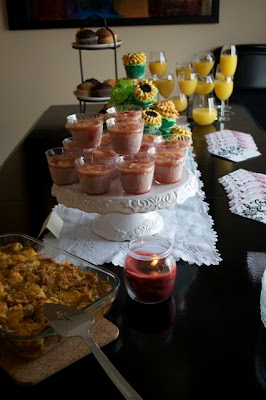 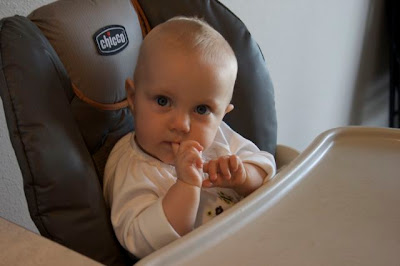 This past week I got to do a photo shoot with Kristin, Mark, and Cole. Cole is so sweet and photogenic, which made for a very fun shoot.

After several of these family portrait sessions, I feel like I'm finally getting the hang of it! 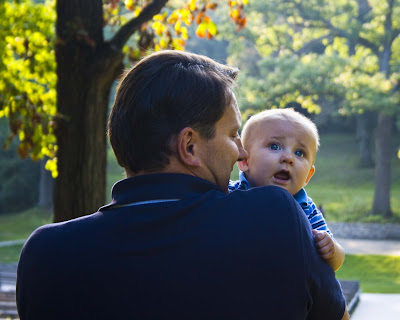 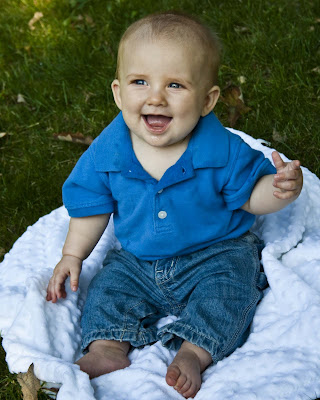 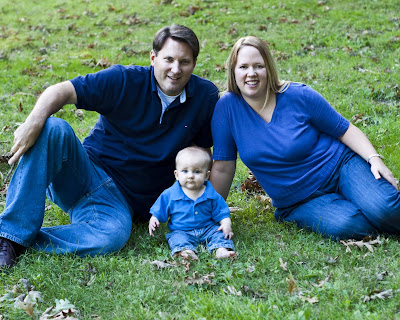 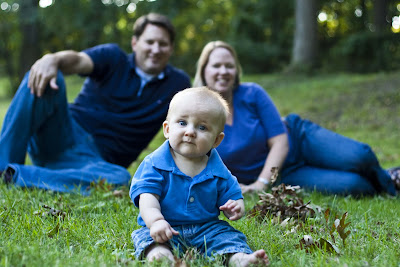 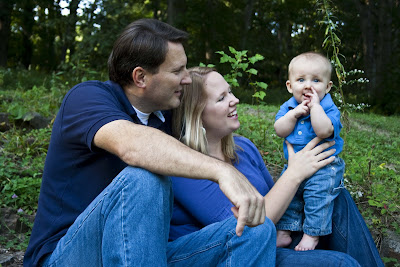 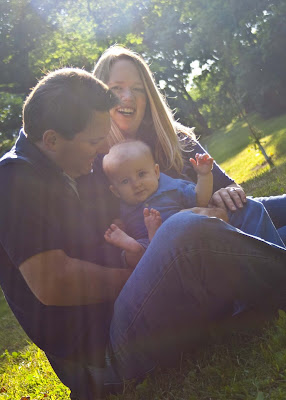 I wrote this blog entry three years ago on the 5th Anniversary of 9/11. Since today will forever be a day when people think about where they were and what they were doing when the attack happened, I thought it was appropriate to share...

On this five year anniversary of 9/11, I’m sure most people are remembering where they were, what they were doing, and who they were with on September 11, 2001.

On 9/11, I was living in Turkey. I remember that it was about 3:00 p.m. and I was walking down a busy Istanbul street on my way to a popular shopping area with my friend Elizabeth. There wasn’t anything out of the ordinary that day, other than the “normal” of everyday life overseas…constantly speaking and thinking in a foreign language, practicing care to not look men in the eyes (important in a Muslim culture), and smiling at the beggar children who always followed us down city streets asking for money.

My cell phone rang and an American friend who also lived in Istanbul said, “Hey there’s something going on in New York. I’m watching CNN and it looks like the whole city is on fire.” “Okay, Clay,” I said. “Thanks for calling.” Then I hung up and was actually annoyed that he would interrupt my path to the mall with news of a fire thousands of miles away in New York. Within fifteen minutes, he called again and said, “Nicole, as soon as you guys get to the mall, you need to find a department store with a television. You won’t believe it. There’s been a terrorist attack in New York and this is big.”

We sped up our pace to the mall and immediately went to the electronics department of the biggest store we could find. Without asking, we switched the channel from a Turkish soap opera to CNN in English. Then we saw the pictures of the towers – both smoking by this point. I stood about a foot from the TV in disbelief and I remember thinking that my mouth simply wouldn’t close. It felt frozen in shock. Within minutes, the Turks standing around us took notice of what was happening on the screen. This was the first they had seen of the news, and a crowd gathered around the television. They began to say in Turkish, “Change it to Turkish! I can’t understand English!” So they switched the channel and the reporting was now by a Turkish reporter, displaying the same images we’d just seen of the towers.

My cell phone rang again and I heard my mom’s voice. I couldn’t help but break down and cry. “Mom, what’s happening?” “Are you okay? Where are you? What are you doing?” She asked a million questions and I remember saying to her, “Mom, you’re in America, not me. Nothing is happening here. It’s happening there!” I remember her saying at the end of our conversation “The day is not over yet.” Then it hit me that it was early morning in the U.S. and she was right. Who knew what the rest of the day held?

The next few days we (me, Elizabeth, and other Americans living in the city) were sort of in a holding pattern. I remember our company issuing plans with all kinds of scenarios and emergency plans to evacuate if that was necessary. We sat glued to CNN all day for three days.
Things I remember most about those days:
1. I felt helpless.
2. I cried a lot.
3. I didn’t want to go back to work when things began to settle down.
4. I wanted my mom.
5. I prayed non-stop for the families who had lost people they loved.

I also remember my Turkish neighbors and friends who expressed so much concern for Americans and sadness at such a cowardly act of terrorism. They really were sympathetic. One neighbor even broke down in tears when she was telling me how sorry she was for our loss. Turkish people (and much of the rest of the world) understand the effects of terrorism. They have lived with it as long as they can remember and stand alongside anyone else who is affected by its devastation. I also remember many of them saying “This is NOT the way of Islam.” They were heartbroken that now Islam had been the basis for such an act of terrorism.

It’s been a long five years. This is not the place to comment on the state of things now. But it is a place to share a story and hope that many others, on this day, will remember that our world is broken. It is in need of redemption. My faith in Jesus Christ tells me the kind of redemption that’s needed can only come through Him. If anyone does, He understands betrayal, pain, surrender, and ultimate victory over evil. In Him, there is goodness, hope, healing, and salvation for all people on earth. May we be reminded of those things today…

Rarely do I use this blog for entries like these because it seems like more of personal journal entry than something to be public. But, in this case, it is part of me seeking to identify with other people’s experiences on that day and offer a word of hope, even on a day that is very solemn for many Americans.
Posted by Nicole at 10:21 AM 1 comment:

A couple of favorites... 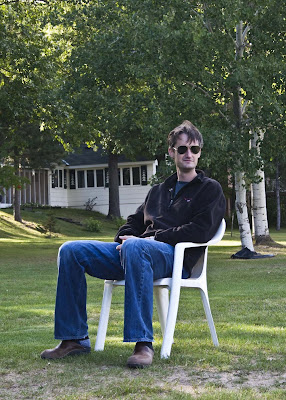 Hubba hubba in a plastic lawn chair. I'm biased, but I think I have the cutest husband ever. 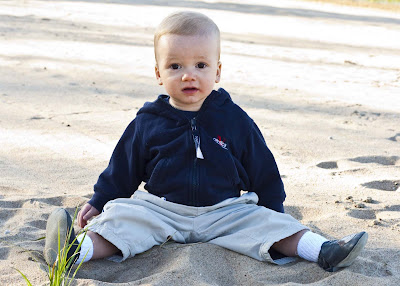 Alex on the sandy beach at Edward Lake in Minnesota. 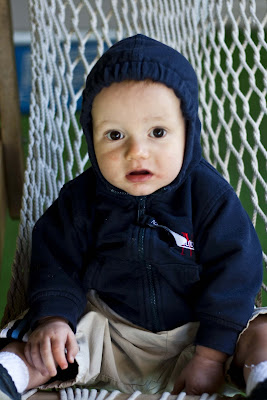 Alex in the hammock swing. 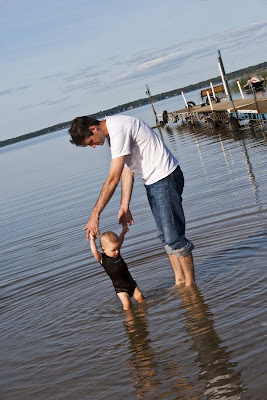 Walking in the water with Daddy. 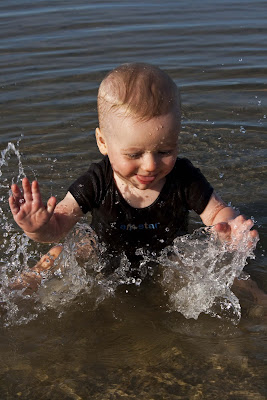 Happy splasher.
Posted by Nicole at 5:54 PM No comments: