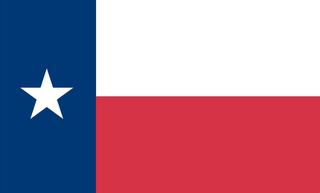 So, my best friend from college, Shawn, is here and we are enjoying the time to hang out. We went to see this hilarious musical on Saturday night in LA called Internet Dating: The Musical. It was a whole spoof on the internet love/dating operation with some really great song-writing.

SOME OF MY FAVORITE SONG TITLES?

YOU ARE CUTE BUT YOU CAN'T SPELL. For those who rationalize that maybe Mr. or Miss Right is really smart and great, they just have a hard time using spell check...

DID YOU READ MY PROFILE? So appropriately asking the question that often comes up when people ask questions that are already covered in that little profile you wrote about yourself. Why the heck are you asking me if I am a Hindu? Didn't you read my profile that clearly says I follow Jesus and am looking for someone who thinks the same way...? No, I'm not into astrology or supporing gay marriage. Geez.

INTERNET DATING IS THE BEST THING EVER. For the days when it seems like a good idea.

I NEVER UNDERSTOOD WHY YOU WERE SINGLE. I think in its own sort of way this is meant to be uplifting coming from friends, but let's be honest it really is not a compliment. I'd rather someone say how cool it is that I get to travel the world, keep up with fashion trends, or spend four hours trying on shoes. That brings out the positive aspects of living the cosmopolitan life of a young single woman.

INTERNET DATING IS THE WORST THING EVER. For those days when reality hits and you think about how ridiculous it really is to be writing a profile promoting yourself hoping some guy will ask you out on a date based on what you've written.

When you think about it, it's a really bizarre way to meet people. Honestly I prefer the guys who talk to me in the grocery store or help me out on the paint aisle at Home Depot. At least I know that they have some guts and are willing to take a stab at talking to someone in person. I dig guys with guts..because let's face it, some really wimpy guys can write ANYTHING in their profile. But you can't fool me into thinking that you work out six times a week and are a professional body builder if your grocery cart is full of Twinkies and beer. Not to mention the fact that you are carrying around an extra 30 lbs - and I don't mean the super size bag of dog food in your cart...

Ah, the beauty of seeing people (and internet dating gurus) for who they really are! And, the appreciation for people who can write really funny songs about it.

If you're in LA in the next couple of weeks, I totally suggest you check out Internet Dating: The Musical at the art/works theater. It's playing until June 4.
Posted by Nicole at 12:48 PM No comments: 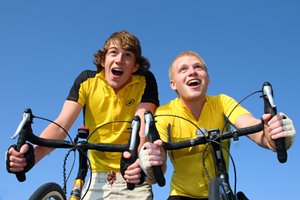 This is Ethan and Justin. Check out how they are biking across America this summer for a great cause: http://www.spokebiketrip.com Buy one of their t-shirts. They are cool.
Posted by Nicole at 3:13 PM 1 comment: 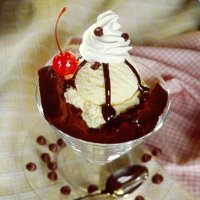 Anyways, Jenni McCarthy was the guest on the show...appropriately referred to as "Miss Nasty" by Carson during the interview. The STOMP performers were phenomenal and it was fun to see them and all of their percussion tools up close. I never thought I'd see the day when I referred to banging on metal trash can lids as music, but hey, it works for STOMP. The best part of the evening was before Last Call we were waiting outside of the NBC studio. Ellen Degeneres drove by and waved at us...and I am sure she was waving directly to me behind that dark SUV tinted glass from the backseat. I'm sure of it. Then, while she was filming her "ellen in the park" shows to be aired next week, we watched Kanye West perform Golddigger (or is it Golddigga?) on stage followed by a duet with his mom. It was a good night to be in Hollywood...

Oh, and the show will actually air on May 17. So, if you are into staying up till late to watch it, maybe you'll catch a glimpse of me. Maybe. I should be easy to spot - the normal size person on the front row who looks like they have eaten a brownie sundae or two...
Posted by Nicole at 5:09 PM No comments: 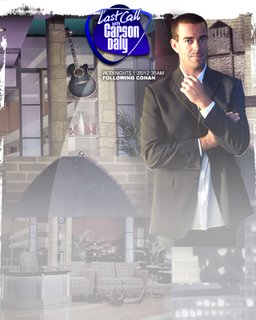 Last Call with Carson Daly - Watch it on Wednesday night if you are one of those people who can make it until after Conan O'Brien (the really really late night tv). I'll be in the studio audience probably providing fake laughter and loud clapping when prompted. I'm following up the studio audience gig with the STOMP performance at Pantages. Okay, so I'm not in the STOMP performance, but I'll be there to watch it. Hooray for Hollywood nightlife! 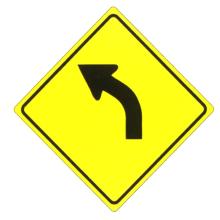 So, it looks like I'll be taking a few turns in the coming months...

For the past year or so, I have really wondered if this is it for me. This being serving as a faculty member at a great Christian university in Southern California. I have loved several aspects of this job. I have loved the fact that every day I get to influence students to think beyond themselves and look towards a world in need of Christ. I have loved walking alongside so many college girls and advising them about issues like accessories and boys and everything in between. (Of course, always coupled with my honest confession that I don't know it all, I'm just happy to listen and talk about it.) I have loved being in an environment with colleagues who are always full of thoughtful conversations and new ideas about how to teach and challenge students. But, even with all of these things I've loved...

I've discovered that I don't quite fit in academia. I'd much rather be out there doing what I'm challenging my students to do. Everyday I stand in front of them and say "Go out from here and take the gospel with you wherever you go - in business, into the classroom, into the arts & music - into the WORLD. Jesus is way too valuable to be relegated to Sundays mornings, so be Christians that actually live like them. When you do, the world will notice." Having this as my driving theme for the past two years was bound to get to me at some point. Now, I get to step out and seize the opportunity to use my skills and education in the working world. Serving at CBU has been a tremendous opportunity for me, and I am truly grateful for the time I've spent here. But it's clear the time has come for me to move on...

Move on to what, you ask? Well, that's a good question...one I'm not quite sure I know how to answer yet. All I know at this point is that I am searching out various job opportunities. Texas, NYC, Washington DC - they've all been on the table. So, I am starting the job search and praying like crazy God will direct me to the right place. I know He will. He has proven Himself faithful too many times for me not to trust Him.

I am really glad this path is full of curves. I wouldn't do well on the straight, cruise-controlled, predictable, and adventure-less road...that path lacks excitement and speed. Just check with anyone who knows me well, and they'll tell you that I've got the driving record to prove it.
Posted by Nicole at 3:01 PM No comments: